Today’s Eastern European Mission stands on the broad shoulders of the young pioneer men and women who ventured out in faith from Abilene Christian University in 1961. Of those original team members, all agree that one man in particular was a visionary beyond his years. Gwen Hensley was a man who listened to the calling of God and followed the stirring in his heart.

Samuel Gwen Hensley was born October 26, 1937, in Victory, Oklahoma. Gwen and Gayle McDermett were married in 1959 and sailed for Vienna in 1961.

Gwen was an ambassador for Christ wherever he went. He was a humble man, equally at home with the “common man,” diplomats, government officials and Austrian nobility. Gwen was a man of great faith – an eternal optimist – and a man with a mission.

In the late 1960s, Gwen visited villages where only one copy of the Bible was found in the entire village – and sometimes it was just a handwritten portion.

With tears in his eyes, he said, “Gayle, if it is the Lord’s will, and I believe it is, I am going to see that these people get the Bible in their own language.” He called this mission the “Impossible Dream” – the impossible  dream of providing Bibles for the lost souls behind the Iron Curtain.

Gwen died of cancer on March 6, 1985, at the age of 47. He had finished the good works God had planned in advance for him to do, and God called him to his reward.

As a tribute to Gwen and his fellow pioneers, and to honor the donors of today who continue to make Gwen’s vision possible, we created the Hensley Legacy Society.

The Hensley Legacy Society honors individuals who support EEM through one or more planned gift arrangements.

Specifically, the Hensley Legacy Society includes those who have designated revocable or irrevocable planned gifts of any amount to EEM. A gift must be documented by EEM for membership. “Planned gifts” include documented bequests, trusts, gift annuities, remainder interests in a residence or farm, life insurance, retirement accounts and more. 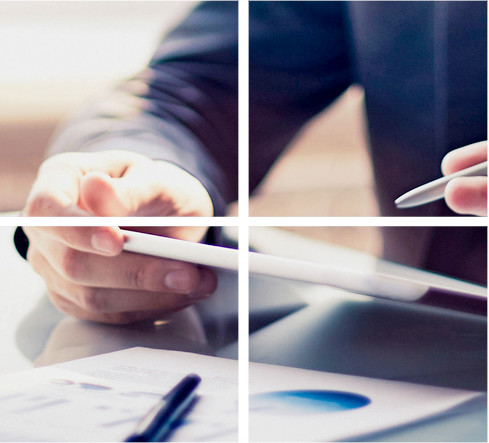 To honor society members, EEM will present each member with a special-edition Hensley Legacy Society Bible. These treasured keepsakes are a representation of the original Bibles that were printed and smuggled behind the Iron Curtain. The original Bibles were traditionally referred to as “Marlboro Bibles” since their size was about that of a pack of cigarettes and easier to smuggle. 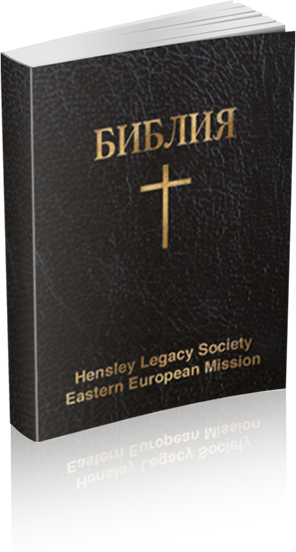 Eternity alone will reveal the unnumbered lost and searching souls who found their way to the Lord because of Gwen’s dedicated sacrificial devotion to the production and distribution of the Word of God behind the Iron Curtain. Fearless and optimistic, stubbornly believing in the power of the Gospel, he firmly considered it “better to light one candle than to curse the darkness. In the day of judgment countless thousands will rise up and bless his name because he pointed them to the Lord.

“In loving honor and memory of our beloved visionary for Eastern European Mission, who as faithful evangelist, confident of all things in the strength of the Lord [Philippians 4:13], helped us more than any other in our generation to prepare for the fallen walls and open doors in Eastern Europe.”